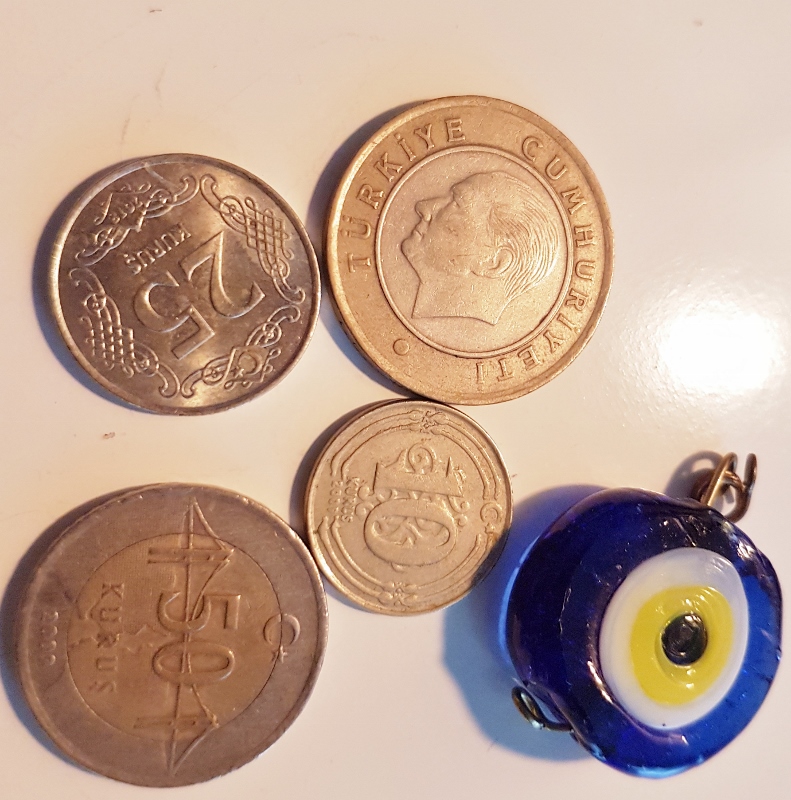 When I first moved to Turkey in 2010, I quickly realized that I was constantly converting figures whether it be measurements, temperatures or money.  Some equations were easy.  Temperatures, of course, were more difficult, after all, those involved a whole formula!  For me, the money conversions were the most interesting.  Sure, it was simple math.  But how I approached money, spent it, considered its value, became “a whole thing.”

I’ve always been a bargain shopper.  I want to get both the most quantity and the best quality for the least amount of money.  As I’ve aged, my thriftiness has also intensified.  Admittedly, so much so that it can sometimes become an impediment.  But this is not a story about my thriftiness.  Rather, it is about my thought processes revolving around the U.S. vs. Turkish economies and how it translated into my everyday life.

When we moved to Ankara, the currency rates were approximately 1.5 TL to one USD.  The math was easy.  The final prices rather close on smaller items.  “I pay 1.50 TL.  I am spending one dollar.”  Done.  But as time passed, things changed.  I was doing the math – the conversion to USD – in my head all of the time.  Yeah.  But I was no longer thinking along the lines of being a foreigner in Turkey because most of our wages were in Turkish lira.  So I recognized that, respected that, and made purchases based on what we could afford with our Turkish income in Turkish lira.

So why was I still doing the conversion?  I honestly don’t know.  But it continued with every single purchase.

As you know, we left Turkey 3 years ago, in October 2016.  We now both earn salaries in US dollars.  I rarely think about the Turkish lira unless I see it in the news.  I check it sometimes.  It’s been weak, unfortunate for my Turkish brethren.  (And I fully acknowledge that much of that has to do with that jerk POTUS).

On my one visit back to “My Otherland” since we left, I was, frankly, embarrassed while shopping.  My thriftiness had gone right out the door when I was unable to decide between two silver bracelets.  I quickly did the math.  Both were truly cheap by US standards.  One as lovely as the other.  Indecisive, I bought them both, with no intent to return either.  Having spent close to nothing for two beautiful pieces I quickly tried to hide what I had done.  It just wasn’t right to spend so freely in front of others who were counting every kuruş.

Today, 3+ years on, I found myself performing the currency conversions again.  This morning, I received an email from Paşabahçe, a Turkish kitchen and home store.  I believe the store is considered high-end although the products are not necessarily of better quality. They are simply things you don’t see in the run-of-the-mill shops, with higher price tags. In the old neighborhood, I shopped there as often as possible.  I loved to look at the pretty things.  The things I didn’t need.  The things I might be tempted to buy as a gift.  But I rarely bought anything.  If I did, it was because I was also seduced by a relatively good Turkish price.  (Can you say “clearance”?)

So I found myself with my morning coffee in hand, clicking through to the Paşabahçe website.  I reminisced about all the lovely decorative bowls my little Lucky had knocked off of the table and shattered.  The English style tea cup a friend had given me.  The small ornamental birdbath from another friend that still graces my garden.

As I poked through the webpages, practicing the language, I saw them.  There they were in all their grandeur!  The same framed mirrors that I had admired so many times in the store on Tunalı.  Still not something I would purchase for myself, (shouldn’t they be gifts??) I hurriedly checked the price on one of the smaller mirrors.  Then I cheated and let Google do the conversion this time.  (Today’s rate is 5.71 TL to the dollar.)  $37.

Thirty-seven dollars?!  Would I buy it if I could?  Hell yeah, because it’s from Turkey and I love it.  Would I buy if I lived there?  Well, I didn’t do it then and I doubt I would do it now.  Will I buy it when I visit again? Absolutely – but I will be careful to do it while no one is watching or forever carry the guilt of being so frivolous.