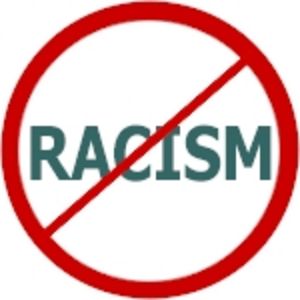 No surprise here.  Racism is alive and well in Philadelphia.  While I should be covering the Pope’s weekend visit to the City of Brotherly Love, instead, I will share two post that I just read on Facebook, written by one of the kindest and dearest friends I have ever had.

Hey Jin House putting you on blast for ignoring my friend when he went in, sat down for lunch and was ignored. Then two older white men come in were greeted and waited on as he waited patiently. Finally after ordering at the counter and requesting to eat in your restaurant you presented him with a brown paper bag! Yes, he’s black. He’s also an MIT grad and above all a human being!

On the restaurant’s FB page:

I used to order here all the time until today. My friend, who just so happens to be black went into your establishment for lunch. He was not greeted, instead the hostess went up to one of your workers and said something. He sat himself at a table. A few minutes later two white men walk in. They were greeted and given menus. He went to the counter, ordered and requested to eat inside. He sat back down and instead was presented with a take out bag and the bill.  I refuse to patronize racists and bigots.  You should be ashamed.

2 thoughts on “Racism in Philadelphia”