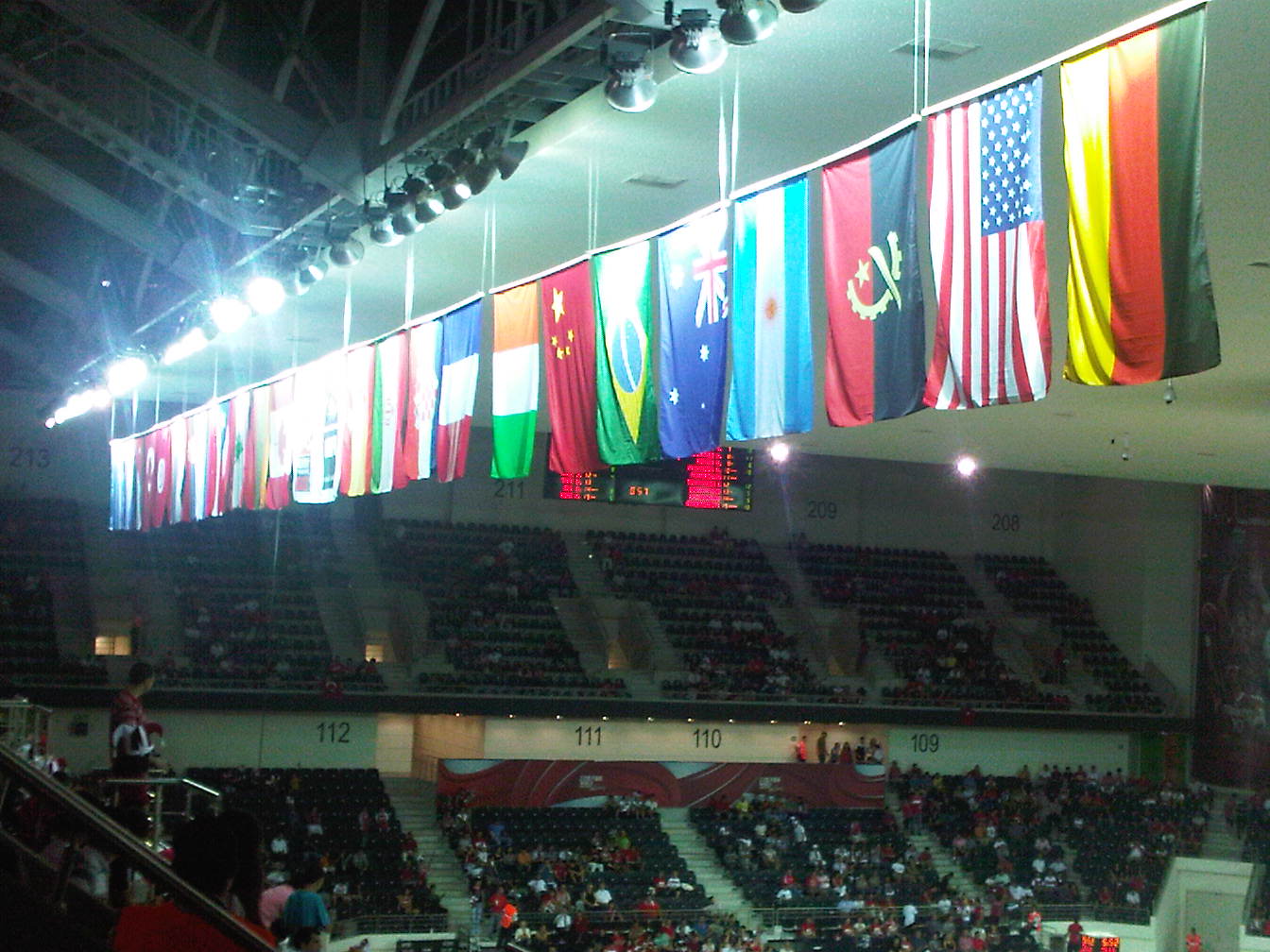 When I meet a Turk for the first time, they inevitably will ask me where I am from.  This is not the case for most Europeans.  They always know from my [insert adjective] accent that I am American.

Most Turks though aren’t trained in distinguishing the English speaker’s accents as easily (not that there aren’t a million of them in the States to confuse them.)  I think they are usually trying to tell whether I am British or American.

Often, when the question comes from a shopkeeper or hotel personnel, I will give them a smile and say, “I am from Ankara.”  I guess my attempt at humor doesn’t translate so well because they never laugh and ask me in another way (as I would do.)  They always just politely smile.  I then laugh and tell them the near-truth, I am from Philadelphia.

Philadelphia.  I can read their thoughts.  Where the heck is that?  It’s not New York or LA, so it must not be so exciting.  Then I go through the demonstration with my hands: “New York is up here.  Washington DC is down there.  Philadelphia is in the middle. ”  I get a slightly bigger smile.

Then I really try to get the ball rolling.  “What city does your cousin live in?”  I rarely get an answer to that unless it’s New York, LA, or sometimes, San Francisco.  I do like when the answer is “Texas” though.  Aaaahhh, Texas.  A country all it’s own, and now it’s a city too.

Often there will be warnings, usually from the U.S. Embassy, that there may be trouble stewing in this part of Turkey or that, and Americans should keep there identity on the down-lo.  I appreciate that and I abide by it.  But as a general rule, I will proudly flaunt my Americanisms no matter where I am.

Let’s face it, I’m a foot taller than most Turkish women.  Turks will never think I am Turkish at first blush.  I’m going to stand out.  (Another poor attempt at humor.)  I can pass for a German Frau here.  But why?

I’ve proudly answered this question in my neighborhood, in tourist locations, from salesmen at the corner store and family friends, at work and at school, in big cities and in little villages.  Except for one run-in with a terribly behaved 7-year-old boy, and a questionable speech I heard given by a female Imam,  I have had no issue whatsoever.  It’s as if there are invisible signs hanging everywhere, “Americans Welcomed Here!”

I’ve been treated worse by a ticket salesman in Munich who wanted me to speak German, a waitress at the Hofbrau Haus  who was extremely un-Bayerisch-like to my American friends, and just this morning, by a Frankfurter hotel clerk who seemed disgusted to answer my questions on the telephone.

Call me stupid – but it’s not like we’re at war with Turkey.  Safety first, yes.  Pretending I’m Canadian?  I understand, but that’s just not for me.

This post reminds me of one I wrote back in December 2010, I Know You Are, But What Am I?  You may want to check that out.

PLEASE NOTE:  The U.S. Embassy strongly recommends that U.S. citizens and nationals traveling to or residing in Turkey enroll in the State Department’s Smart Traveler Enrollment Program (STEP).  U.S. citizens and nationals without Internet access may enroll directly with the nearest U.S. Embassy or Consulate.  Enrolling signs you up to receive updated information about areas abroad and make it easier for the U.S. Embassy or Consulate to contact you or your designated contact in case of emergency.

Current information on safety and security can also be obtained by calling 1-888-407-4747 toll-free in the United States and Canada or, a regular toll line at +1-202-501-4444 for callers from other countries.  These numbers are available from 8:00 a.m. to 8:00 p.m. Eastern Time, Monday through Friday (except U.S. federal holidays).  You can also stay up to date by bookmarking our Bureau of Consular Affairs website, which contains the current Travel Warnings and Travel Alerts as well as the Worldwide Caution.  Follow us on Twitter and the Bureau of Consular Affairs page on Facebook as well.

Contact information for the U.S. Embassy and Consulates in Turkey: