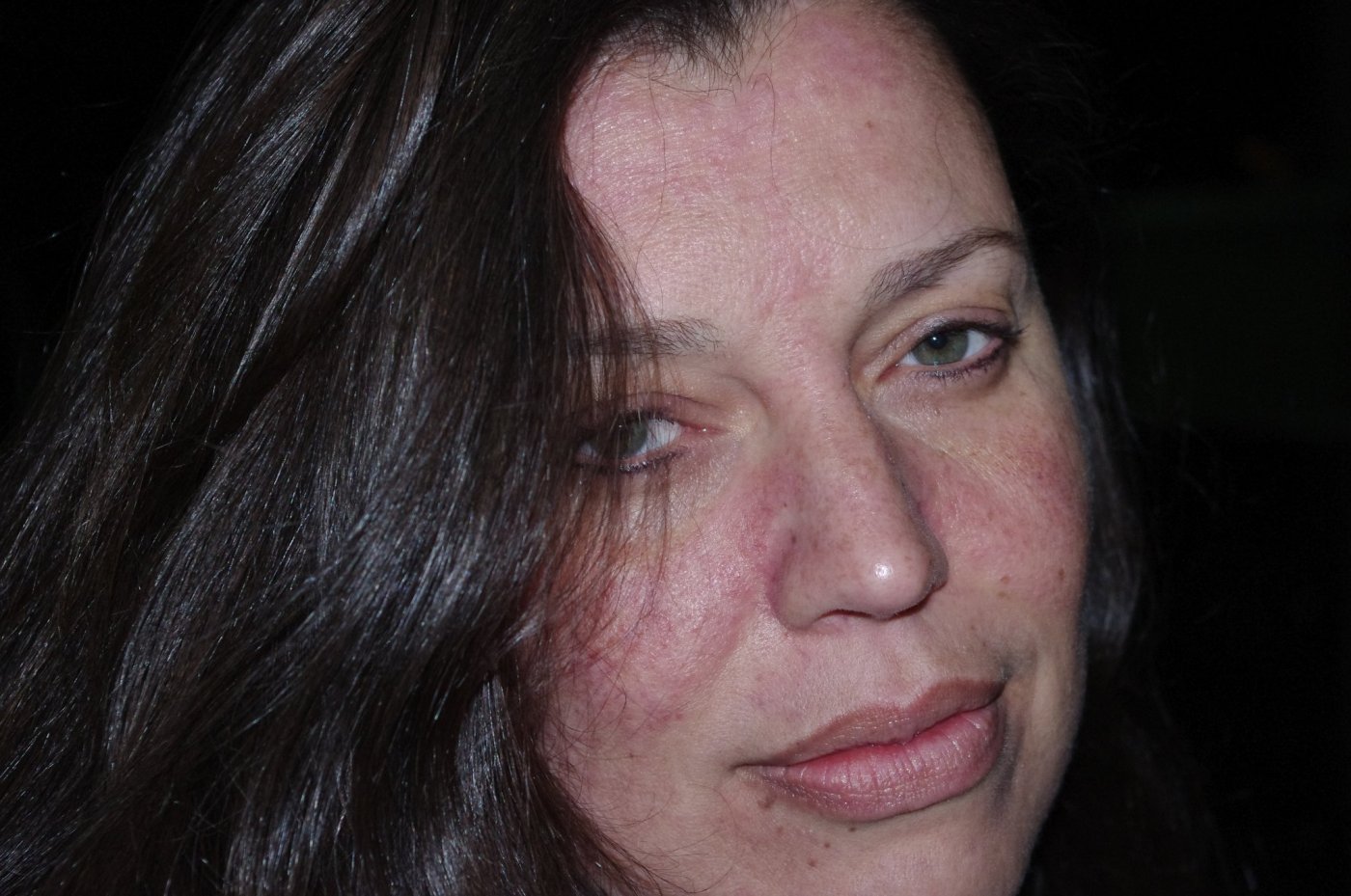 Turkish Ladies seem to take their personal appearance much more seriously than I do.  Of course, this doesn’t apply to all Turkish women.  But from my experience, most will not go out of the house will unless they are “done up.”

Their clothes are clean and always pressed.  No holes – not even in fashionable jeans.  Their faces are painted, often with eyeshadows in shades of blue and green.  Think 70’s.  They have full manicures and pedicures.  The hair is always in place and all other hair is removed.  All of it!

In this manner, I will never fit in.  My hair is always a mess.  It’s a rare occasion that I iron something to wear.  I let my psoriasis and rosacea run wild.  I am a minimalist when it comes to makeup; nothing while at home and only eyeliner and mascara when going out.  Sometimes I remember the words of my niece Tina, who insisted that I at least put a little lip stick on the big lips of mine, and I apply a little lip gloss.

In recent months, I have taken to wearing a lovely foundation by Armani.  It was recommended to me by a makeup artist for my wedding.  Lovely but God awful expensive.)  The reason is the rosacea.  Turkish ladies just can’t seem to control themselves when it comes to my red face.  Friends and family are always poking at me, asking what’s wrong.  One acquaintance, a dermatologist, actually offered a prescription for my “allergy”.  Ugh.  The worse was when getting my hair done, one of the workers walked up to me with her makeup in hand and offered it to me.  Seriously!  It’s totally annoying.  If I don’t care, why should others?

So, every once in a while, when my face is very red and I am going out to see certain people that I know will be questioning me, I cover my face with Armani base.  I get through the day.  And have to do a good scrubbing before sleeping through the night.

The biggest difference to me is the obsession with hair.  Yes, we Americans are also obsessed with hair.  You can tell that from some of my prior blogs.  But things are a little different here.  While Americans are going for that “all natural fly-away” look, Turks go more for the “every hair perfectly in place” style.  They also prefer long hair.  Yes, like in the States, many older women cut their hair short.  But it is rare to see a radical short style on a younger woman.

And while they are focused on keeping that long hair looking just so, they are sure to have all other hair removed.  This does not vary by age.  It’s just seems nasty to them.

Now, I want to tell you about something I have not tried here, but I think I’m ready.  The threading of eyebrows.  I have seen it done.  It’s an ancient method where a cotton thread is twisted into an “x” shape, the hairs are caught between and plucked.  Funny story – on a visit home, I was telling someone about threading.  She said, “Oh, that’s what we do in prison. We aren’t allowed to have hot wax.”  Good grief. 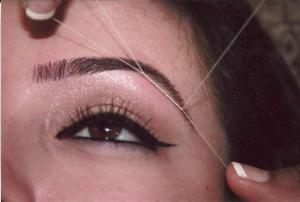 When I was a kid, I had big beautiful eyebrows.  They were perfect for me, just like God intended.  Then one of my sisters told me I could start a forest fire in them.  Hmmmmph.  Needless to say, it stuck with me.

I always hated plucking.  That shit hurts.  So in my late 20’s or early 30’s, I finally tried waxing.  I loved it!  My eyebrows were perfect.  I had found a little shop run by Russian ladies, where they only did nails and waxing.  Three generations of women who went back and forth between their native tongue and English, were harsh and abrupt, and knew what the heck they were doing!

Eventually, I tried an Asian salon that was closer to my office.  I lost the end of my eyebrows.  I also traveled quite a bit.  So from time to time I would try other salons while on the road.  Usually Asian salons.  My eyebrows became thinner and thinner.  So I decided I would stick with the Russians.

After over 10 years, I switched jobs and was no longer in downtown Philadelphia.  Not wanting to fight the crowds on the weekends, I found another Russian salon in the suburbs near the new office.  They also did a great job.

What I really liked is that they listened to me.  They did their work quickly and efficiently with great results.  No messing around.  In and out.  Seven dollars.

On my recent trip to Mom’s, I made a last minute decision to get my eyebrows waxed while getting my hair cut.  Mom’s neighborhood has a big fancy salon.  I knew it would cost a little more, but I really needed it.  I was told Jenny was available.  Not knowing anyone there, I was fine with that until I met her.  She was Asian.  Now please, don’t get me wrong, I have nothing against Asians.  And there are alot of Asian shops doing very good business in the U.S. at waxing and nails.  I just dont’ want them doing my eyebrows.  They always seem to make them very thin, with a giant rounded arch.  Not my style.  (A gross generalization, I know.  I just don’t like playing the odds.)

Jenny was very sweet and so I asked if I might talk to her first about my eyebrows.  I gave her my spiel.  “I am a big girl and little eyebrows don’t look good on me.  My eyebrows are not the same and I don’t want them to be.  No two sides of any face are the same. While they are wide, there is not much hair, so if you pluck the hair on ends, I will lose them completely . . ”  She smiled very politely and understood what I meant.

She then proceeded to wax and pluck and cut and pluck and snip and cut.  I finally stopped her and told her that if I wanted my brows plucked, I would do it myself.  I hate plucking!  My theory is that these fancy salons have to make up for the ridiculous prices by doing way more than is necessary to a poor defenseless eyebrow.  To my dismay, I walked out of there with thin matching eyebrows, a big rounded arch, and missing the ends.  Double Good Grief!  For the first time in my life, I even had one eyebrow that’s higher than the other.

More than three weeks have passed. and now, I am waiting for them to grow in.  If I could get back to those teenaged eyebrows, I would.  But I don’t think it’s going to happen.  So for now, I am being patient until it’s time to try threading.  Luckily, I won’t need to don those prison oranges in order to get it done!

21 thoughts on “Keeping Up Appearances”