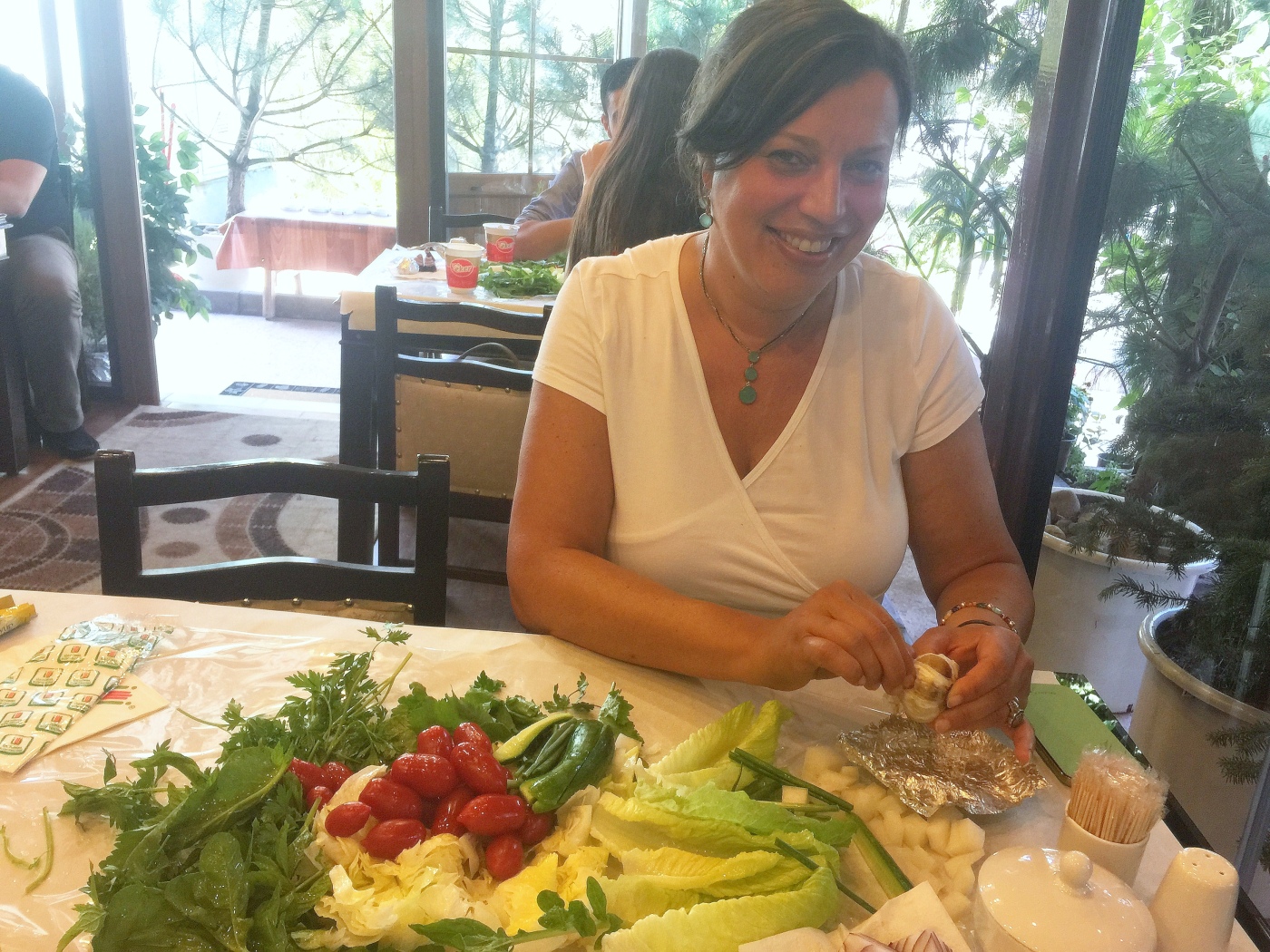 This past summer, I was the lunch guest of a dear friend.  She took me to an off-the-beaten-path restaurant called Üstünel Köftecisi.  I believe it is technically in a part of Ulus/Altındağ.

Well, while it was off the beaten path for me, the place was packed!  It is located in a sketchy looking neighborhood, full of auto repair shops.  But apparently, it is “THE” go-to place for köfte!

Köfte is basically a badly shaped small hamburger or meatball, which is packed with flavor!  It usually has onion, garlic, cumin, parsley, and some other things.

The “fun” part about this restaurant is how they serve the food:  no plates and no utensils!  They cover the table in plastic, set the salad ingredients on the middle of the table (which always includes fresh mint!), and start chopping the lettuce with a big knife!  Now, that’s my kind of place!

The köfte is served the same way.  Grilled flat bread and roasted peppers, and grilled meat on the table!

Now while I love köfte, I am generally not a fan of Inegöl köfte, which I believe these were.   Inegöl köfte are more of a finger shape, and are generally rubbery, which is supposed to be part of the attraction.  I don’t get it.  But I did LOVE these!

At the end of the meal, after the tea, they don’t just bring you one hand wipe, they bring you an entire box of them – one box for each person!

Afiyet Olsun Canan canim and thank you for another great culinary experience!

If you are going: