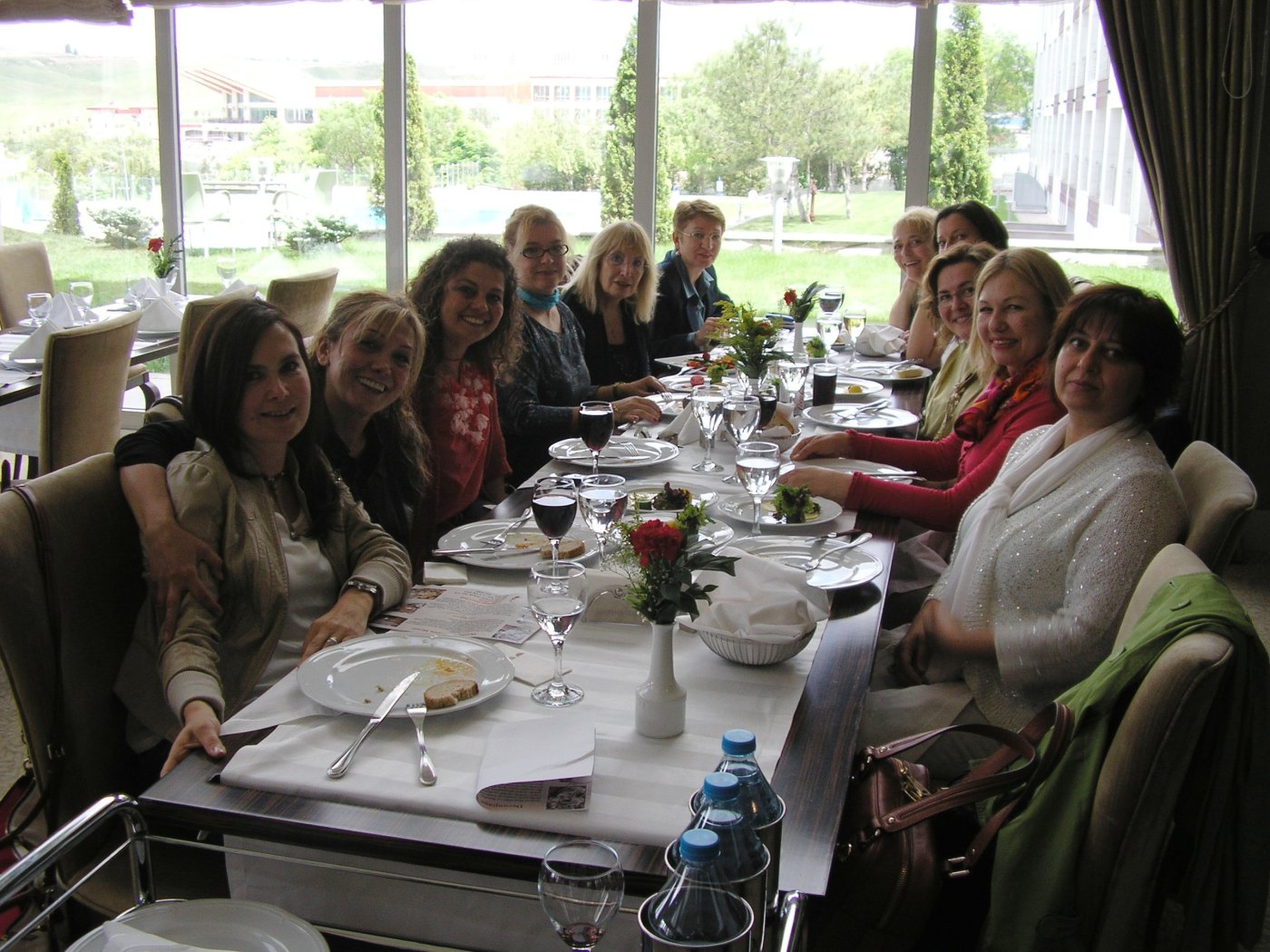 Most of us have at least one good friend.  Many of us have lots of friends.  Some we are close with and some we don’t know well.  Some come and go and some last a life time.

But do you remember ever wanting to have a pen pal?  A friend who you would likely never meet?  One you would only write letters to and wait longingly for a postmarked reply?

I never had a pen pal.  I always wanted one.  Never had the opportunity – not until I moved to Ankara.

In April 2010, having lived in Ankara for one month, I started this blog.  The word of the blog quickly spread.  And before I knew it, I had connected with other expats in a way I had not imagined.

It started with comments.  But I soon found myself meeting local expats for coffee and meals.  That lead to shopping, dinners and movies.

There are also expats , many of whom are fellow bloggers, that I feel close to in some way.  We share passions.  Passions for writing, for travel, for music and for fine food.  We comment on each others blogs, connect on Facebook and other social medias, and email each other regularly.  These are the people who have filled that spot of “pen pal wanted”.

There is one such pen pal that I want to tell you about, Kurt.  He passed away two days ago.  Kurt had lived in Turkey for at least 20 years.  I believe I first “met” Kurt after posting my first restaurant review in April 2010.  We never physically met each other.

Kurt was the a very kind and helpful man.  He would offer advice, usually only when asked, about things like the Turkish healthcare system, tips on travel, and restaurants.  He was willing to share with anyone who asked.

Kurt and I had things in common.  We were both raised in the Northeast.  We both had family ties to North Carolina and to Germany.  We both married Turks.  We both spoke German.  But most importantly, we shared a love of fine food.

I doubt Kurt ever read this blog regularly.  But he always emailed me after a restaurant review.  He had great tips of where to eat and which places to avoid like the plague.  Our relationship grew to a point where he would randomly email me when he found a good deal on a great restaurant.  I really grew fond of him and looked forward to his messages.

Last month, Kurt revealed that he would be heading to the States this summer and wanted to visit one of his former stomping grounds, Philadelphia.  I was so excited that I could finally return his kindnesses!  I replied with a lengthy list of my favorite restaurants along with links to online restaurant reviews.  I even offered to meet him and his wife for dinner.

Yesterday morning, I realized I had not heard from Kurt since that exchange and thought I should email him.  Just moments later, I received an email from a mutual friend of his passing.  I feel as if I had lost a dear friend, albeit a pen pal.

Kurt was a fine man and will surely be missed by many on both sides of the pond.  I will always remember him for his vivacity, goodness, and passion for fine dining.  And I will definitely follow his last words of advice to me, “Keep up your writings.”

Yesterday, I met with a group of my Turkish gal pals for lunch.  It was a lovely setting on Mogan Lake.  Once lunch was served, I shared my story of Kurt with my friends.  We then raised our glasses and toasted Kurt.

11 thoughts on “All Kinds of Friends – In Honor of Kurt”