I imagine that bloggers start by asking the question, “Where do I start?”  My plan is to figure out the answer to that question as I write.  I have decided not to start at the beginning – my decision to move, the trials and travails of an international move, saying goodbye, etc.  Instead, I will jump right in.  We can get back to the “hows” and “whys” later.

I have been in Turkey 26 days.  I have seen alot of everyday life.  I have also spent alot of time alone, getting settled, reading, cooking and cleaning.  They say Turkey is the bridge between Europe and Asia, where East meets West.  I had the opportunity to visit Turkey 4 times before I moved here.  With that limited experience, I can firmly say that it is more a bridge between Asia and America.   Many things are very different yet much is the same.

This past Saturday night, I went on my first date in Turkey with my husband.  We went to see a classical guitarist,  Doğan Canku, at METU (Middle East Technical University, known locally as ODTÜ – Orta Doğu Teknik Üniversitesi).  I will blog about the university later.  The theatre was located in the middle of a lush green campus.  I loved the design, very modern with comfy seats.  My sweetie bought us tickets in the 5th row. 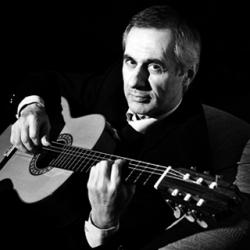 As you can imagine, I didn’t know what to expect.  Doğan bey (that’s the Turkish way of saying Mr. Canku – using the first name followed by “bey”,) started with a slow tune, a well-known song among the Turkish community.  The song was called, “Gecelerim” or “My Nights.”

Much to my surprise, Doğan bey invited his band to share the stage for the rest of the evening.  To Doğan’s right sat a gentleman who played a wind instrument called a Ney .  It sounded like a flute but was shaped  and held more like a clarinet.  It was straight, long, and carved from wood.  What a delight!

Immediately to Doğan’s left was the electric guitarist.  I admit I don’t know much about guitars so please forgive me for my poor explanation here.  It was definitely a 6-string, but often sounded more like a bass.

Finally, there was a percussionist.  Having a percussion background myself, I immediately fell in love with his instruments.  He beat on a pottery jug.  Stummed, tapped, and massaged something I couldn’t identify.  It almost looked like a very decorative washboard!  He twisted and turned a long wooden pipe that sounded like rain.  (A “rainstick” – http://en.wikipedia.org/wiki/Rainstick – Thanks Rob K!) He stroked a set of chimes (like an outdoor wind chime) agiley with his fingers.  Complete and utter bliss.

As the concert came to a close, the audience clapped along to the last tune.  I remember thinking something that would have been awesome to put in a blog — but alas, I have forgotten it.  Just like in America, Doğan and his band got up and took a bow.  Just like in America, someone handed him flowers.  Just like in America, that crowd gave a standing ovation and called for an encore.  After what seemed like a long couple of minutes, the band returned and took another bow.  Then they walked off the stage.  My husband and I both had the same reaction, we looked at each other quizzically as if to ask, “WTF, no encore!?”  This was not America! 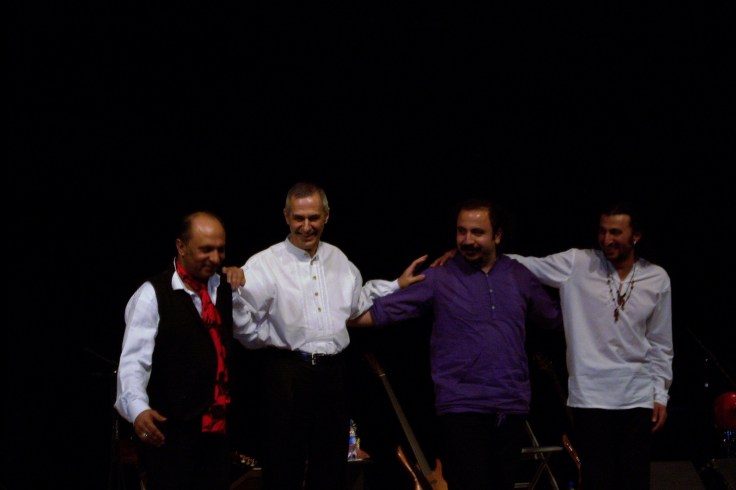 We smiled anyway and followed the others out of the theatre.  The two of us walked hand and hand, stopping to admire the artwork dislayed in the lobby.  As my husband noted before the show began, we were the only couple holding hands.  Alas, it was a great night!

Note:  I left my awesome new Pentax behind for fear that it would be confiscated at the door.  Much to my dismay, cameras were allowed.  I had my smaller pocket Nikon with me, but it did not to the trick!  These pictures are from Orientika.com and turkcell.com.  The group shot is mine.  The video is from you tube.

One thought on “Hello and Welcome to My World! Hoş geldiniz!”